The new windows from Sashed look great and the house is also much warmer and quieter. I received fantastic service from Sam and the team from start to finish and Iâ€™m thrilled with the end result. I would recommend Sashed and use them again.â€

The issue – old single-glazed windows that were painted shut

Like many homes from this period, some of the windows in Andrew Jenkinsonâ€™s Georgian terraced home, would no longer open – years of re-painting with oil-based paints meant that many of them were sealed permanently shut. The windows were also single glazed and as such not very heat insulating or sound proof.

At some point during the 1940s or 1950s, the windows had been replaced with single glazed spiral balanced sliding sash windows, so the original Georgian feature of a cords and weights operating mechanism had been lost. Sam suggested restoring the original appearance of the windows by choosing sliding sash windows with traditional cords and weights.

In all, eight new double glazed sliding sash windows and one casement window were replaced. As well as three doors – to the roof terrace and off the kitchen and dining areas. The installation was completed within 10 days. ‘Sashed were very accommodating when I requested some additional work to be done to the decoration so that the house was ready for Christmas,’ said Andrew.

The result – a warm and peaceful home

The new double glazed windows have made this Georgian house much warmer and quieter while retaining the integrity of the architecture of the facade. The security of the house was also improved with restrictors on the windows, to ensure that an open window can’t be opened further from the outside. Commenting on the project, Andrew says, “The new windows from Sashed look great and the house is also much warmer and quieter. I received fantastic service from Sam who had some good ideas, like replacing the existing French doors in the dining area with a two-leaf bi-folding door, this has made the space in the small courtyard at the back of the house much more useable.” 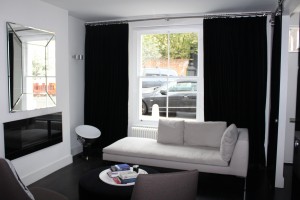 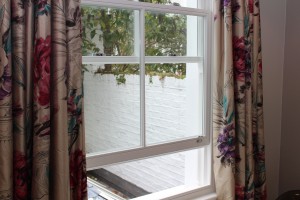 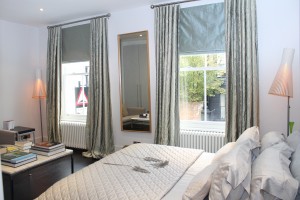 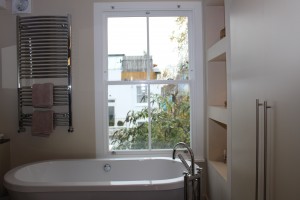 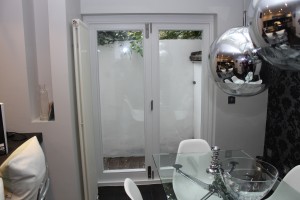 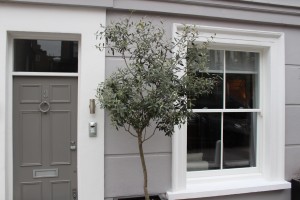 How we did it

The Sashed team carried out a survey of the property in Notting Hill, in order to get a clear idea of what work needed to be done.
A quote was then put together and given to Andrew. Sashed also prepared a heritage statement which Andrew could send to the local planning office to check whether planning permission would be required. The team installed the new windows and doors
So if your windows are no longer performing as well as they once did, call us now on 0800 195 2939 to see how we can help.